skip to main | skip to sidebar

so it's not an altogether irregular evening in any sense, what with the laundry i'm ignoring, the sweat pants i'm wearing (they say "nebraska" on the butt, ergo, my "nebraska butt sweat pants") and the channel i'm watching-- that being the one that comes in best-- whilst i decide "what to do with the rest of the evening." if you know me at all, you'll probably know that i certainly know that this is something of a foregone conclusion, what with over-the-air hdtv brilliance (and mlb on playstation 3) and all.

on this particular eve (not particular at all), that happens to be fox's own "bones," a show with which you'll probably be at least somewhat familiar if you haven't somehow just happened upon this tidbit of a blog (or you came for advice; sorry, i've decided to branch out after accomplishing-- what?-- 3 three themed posts?). the show a(n apparent) real stereotype-laden turd (but oh! so! shiny!), has, by my loose count, so far offensed these groups/parties:

norwegians, who've been victims of rampant vinkingy xenophobia and devout 'merican nationalism (i felt like i was watching friggin' fox news!);
the sexually abstinent;
the singular group of people who like metal and metal sub-genres;
and one guy, being interrogated, as many metal stereotypes are deployed in hopes of forcing a confession of information (he did cave, by the way).

all metal is exploitative (not like tv!);
all of my topical, ignorance-born fears about people who dress up like sorta dead 'n scary folk (goths) are valid;
oh, and that british people (they brought in this guy, british symbol of wit and elegance) are classy.

another productive eve, no?

go royals.
Posted by Anders Peterson at 8:37 AM 3 comments:

Whilst fishing in the Blogosphere...

Help! A friend is facing a tough choice over a costly car repair and you always know just what to do. Should I disinvite my step-mother from the wedding even if it means my father won't be there or should I finally tell my neighbor that the jokes he makes in front of my children are inappropriate?

OK! Whoa, I'm sorry you've got so much shit goin' on-- and that all that is so interrelated. Damn.

'Far as that car goes, fart on it. In fact, I recommend that you fart on all your problems; and that-- in a separate window-- you set this blog to music.

You could murder-fart on Old Sparky, your salacious neighbor, and put him in the back of it (he'd probably be your friend if you didn't have any kids, mind you); and if your dad wants to be a slo-mo-blo, disproving Coulomb and Plato and shit what with his new wife, the out of gas violinist, then he can go in there too-- rrrip roarin'-- off the Tallahassee Pier. KA-ZOO! I say! It would seem that Florida has a brand new wet n' wimpy serial killer...

Seriously though, all fart puns aside, I do hope this helps, BTiT. I find that a good, timely rip can really bring me-- and others around me-- back from the all-too-serious dark side of life.

And can I say: I'm a great fan of a good stock photography.

All my packing tape,

Anders Landers
Posted by Anders Peterson at 12:37 PM No comments:

My best friend and I have known each other since we were very young. There's one big difference between us. Her family has a lot of money -- mine doesn't.

Christmas is fast approaching, and I still have no idea what to get her. What do you give the girl who has everything and still stay within a tight budget? Please help me. I hate to once again give a cheap gift to such a close friend.

You sound so sweet-- yet so frail ;(. My least unsound advice would be to give a gift that subversively illuminates the financial chasm between the two of your families. Let me explain--

As I sit here at my broad, woody desk, wrapped in the unblanketable cold of your plight, I envision you as a character from the 1992 film Newsies. I like picturing you this way because I think that this movie should be your gift to Richy Richina, and here's why: it's old, and therefore inexpensive and unavailable on Blu-ray; it takes place near New Jersey, which is where you, and presumably your better-donned pal, live; and its cast of characters (including a young and supremely bonable Christian Bale, plus the guy-kid from Big [who since very well may have fallen into a figurative or unfigurative chasm of his own :\]) very lovably illustrates (dancing!) the view from your spirited but comparatively sucky vista.

Otherwise, I guess I'd probably look for a The Nice Price version of one of the first two Springsteen albums (I'm partial to The Wild, the Innocent & the E Street Shuffle), or just lie and pass off some piece of junk you find on the boardwalk as some relic from Jersey/Springsteen/Kevin Smith lore-- just try putting it on an unbloodied piece of particle board (a plaque) or something!

(You might also consider hunting down Rob Lowe before Christmas, as I understand a case of yuletide guilt has got him trading cash for a good sob story at a department store near you.)

Anders Landers
Posted by Anders Peterson at 3:18 PM No comments:

i've never considered minimizing menopause symptoms. at least i hadn't, (as he stuffed himself full of another bite.),,

and i just never get sick of that hanson christmas album; or that harry connick jr. one that my brother would get out in october.

i'm sorry i've been neglecting you, my readership, but it seems i've lacked inspiration (take that as you might).

i totally lost my concentration there.
Posted by Anders Peterson at 8:30 PM 1 comment:

this is my blog.

so i've sorta been waiting to post anything until i determined the visual element of the blog, but then i decided i could not design this aspect without first knowing its soul. this had come up:

anyway, something like that-- in thinking with the blog's suitably clever name (thanks, adam), i'd like to offer my advice. and talk shit. and observe.

this could be a bad or disappointing idea, but i'm feeling pretty up for it-- i mean, what the hell, right? sheeeee-it.

any questions?
Posted by Anders Peterson at 6:16 PM 4 comments: 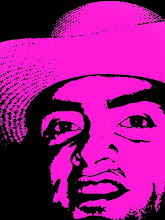 Anders Peterson
we're in mexico y'all! come and take a walk with us.